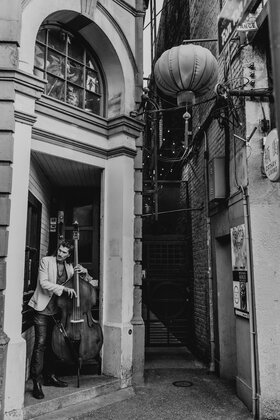 Multi-Instrumentalist and Vocalist Oliver Swain got his start performing and writing with many of the US and Canada's most loved roots bands including The Bills, The Duhks, Outlaw Social, and The Red Stick Ramblers. Since going solo in 2011 Oliver has performed at many of the largest folk festivals in Canada and toured across North America and Europe. He has also received awards and nominations from multiple local and regional arts awards.