As the venerable jazz and blues bible DOWNBEAT MAGAZINE said about Diana Braithw...

Tickets for upcoming shows are available on our website at w...
Open / Operational

As the venerable jazz and blues bible DOWNBEAT MAGAZINE said about Diana Braithwaite and Chris Whiteley "It's a rare and good thing when two talented performers join forces.” Audiences, critics, blues and jazz lovers all over North America and Europe seem to agree.
​
Blues Revue Magazine in the USA deemed the couple “Masters of Old School Blues”, while in Canada, ROGER LEVESQUE from THE EDMONTON STAR wrote that Diana and Chris’s show classed in the "Top 4 must see acts at the EDMONTON BLUES FESTIVAL”.

Braithwaite was dubbed a "national treasure" by JAZZ FM radio host Danny Marks.
Diana Braithwaite is a descendant of the Wellington County pioneers in Canada. With roots in Florida, Diana’s ancestor’s escaped slavery through the Underground Railroad and lived for four generations in Wellington County, the first African-Canadian pioneer settlement in Ontario. Diana combines elements from Koko Taylor, Esther Phillips, and others to create her own unique authentic blues and jazz style. A forceful presence recognized on the Canadian and American music scene as an artist with a unique sound who is keeping the authentic traditional blues sound alive.
In 2018, Diana was awarded the Blues With A Feeling Life time Achievement Award from the Maple Blues Awards & Global Music Billboard Award for Best Jazz vocalist for the hit song – I Was Telling Him About You recorded with G-ThreeJazz Records.
A gifted and captivating performer, Diana was chosen by Sarah McLachlan as one of 4 female artists to open Lilith Fair at the Molson Amphitheatre, before 18,000 people, Her talent, and authentic shows have led her into the company of such stalwarts as Mel Brown, Albert Collins, John Lee Hooker and Jeff Healey. Appearances at shows in North America, U.K. and Europe led to her reputation as a world-class blues singer.

Chris Whiteley
​
During his career, Chris Whiteley toured with Stuart Maclean’s Vinyl Café show on CBC for 10 years.
Multi-Instrumentalist Chris Whiteley was born in Kansas. Whiteley has performed on over 200 recordings with the likes of Leon Redbone and Blind John Davis and hails from the musical Whiteley family of musicians including – brother Ken, daughter Jenny, son Dan, son Jesse & Nephew Ben.
In Canada, Whiteley has received the Blues with a Feeling Award, for lifetime achievement in the blues. In January 2014 Chris Whiteley won the Maple Blues Award for the top blues horn player in Canada--for the 9th time.
As a teen-age performer, Whiteley worked with jazz and blues legend Lonnie Johnson. During the late 70's he toured and recorded with Leon Redbone, appearing with him on Saturday Night Live. He also met a great mentor in legendary Chicago piano player Blind John Davis, who had been the house piano player at Bluebird Records, Whiteley toured and recorded with Davis, as well as building a solid reputation and career as a multi-instrumental session player, appearing on over 200 recordings, and as a solo artist, leading to numerous Canadian Maple Blues Awards as both songwriter and horn player of the year, and a Jazz Report Magazine Blues Album of the Year Award. In 2010 Whiteley was awarded the prestigious BLUES WITH A FEELING AWARD, for a truly earned lifetime of achievement in the blues and has currently in January 2020 been nominated for Best Horn player of the year.
Their first CD collaboration, MORNING SUN, garnered rave reviews, extensive air play, and led to multiple Canadian MAPLE BLUES NOMINATIONS & AWARDS, including Album of the year, and Acoustic Act of the year. Their second albums, also recorded for the Electro-Fi label, NIGHT BIRD BLUES was extremely well received, with great reviews and airplay internationally. It led to them being awarded 3 MAPLE BLUES AWARDS in January 2010, including being recognized as SONGWRITERS OF THE YEAR. Their third Electro-Fi release, DeltaPhonic, led to more Maple Blues Awards, and reached number 1 on B.B. Kings Bluesville XM Sirius satellite radio network. 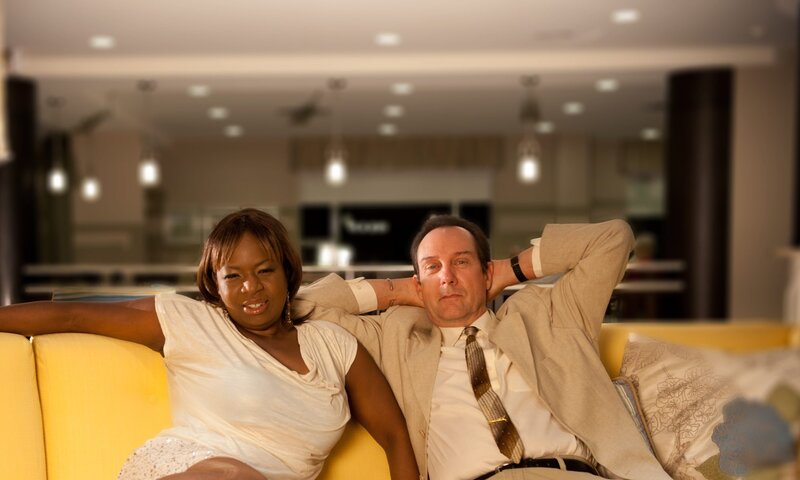