737 Productions is extremely proud to present the return of The Vicious Cycles M...

Garage Rock from Victoria BC
Available for Shows/Gigs

Garage rock from Victoria BC
Available but Seeking Musicians

737 Productions is extremely proud to present the return of The Vicious Cycles MC to Victoria for their 10th Anniversary celebration. Get on your bikes and ride!!

In case for some reason you don't know who the Vicious Cycles are, they are a group of moto psycho loving dudes from Vancouver, British Columbia. With members who have rocked in bands such as Raised By Wolves, Les Tabernacles, and the Tranzmitors, they now roll as a motorcycle club/rock n' roll band. The Vicious Cycles have toured up and down the West Coast of the USA, all around Western Canada, and they have even done 1 tour of Cuba. Yes, I said Cuba!

The second band of the night will be some crazy alien beings who are friends of the Vicious Cycles. Apparently half man and half ant, The Mants will be touching down on our planet just long enough to put in a raucous set of garage rock tunes in Victoria.

New local band Bad Parts will be the first band to play. They have lots of local talent amongst them. Featuring guitarist Will (The Stockers) Alec on bass (Blood Moon, Switchblade Valentines) and drummer Will (Zip Guns, The Stockers, No Heart). Don't miss these guys.

Start things off with a bang will be DJ T. Depression. Mr. Depression will be playing you a slew of tunes, all on real wax slabs, none of this linking up your Iphone and standing in the corner pretending to "DJ". He will be spinning everything...punk, pre-punk, post-punk, punque, garage, glue-wave, spew-wave, rawk, bubblegum, hardcore, rock'n'roll, shouters, stompers, work 'em all outers, wimpy power-pop...all the good music!

This is an EARLY show. We can all take the Vicious Cycles elsewhere to party afterwards, BUT make sure to show up early. Doors at 7pm, show over by 11pm. 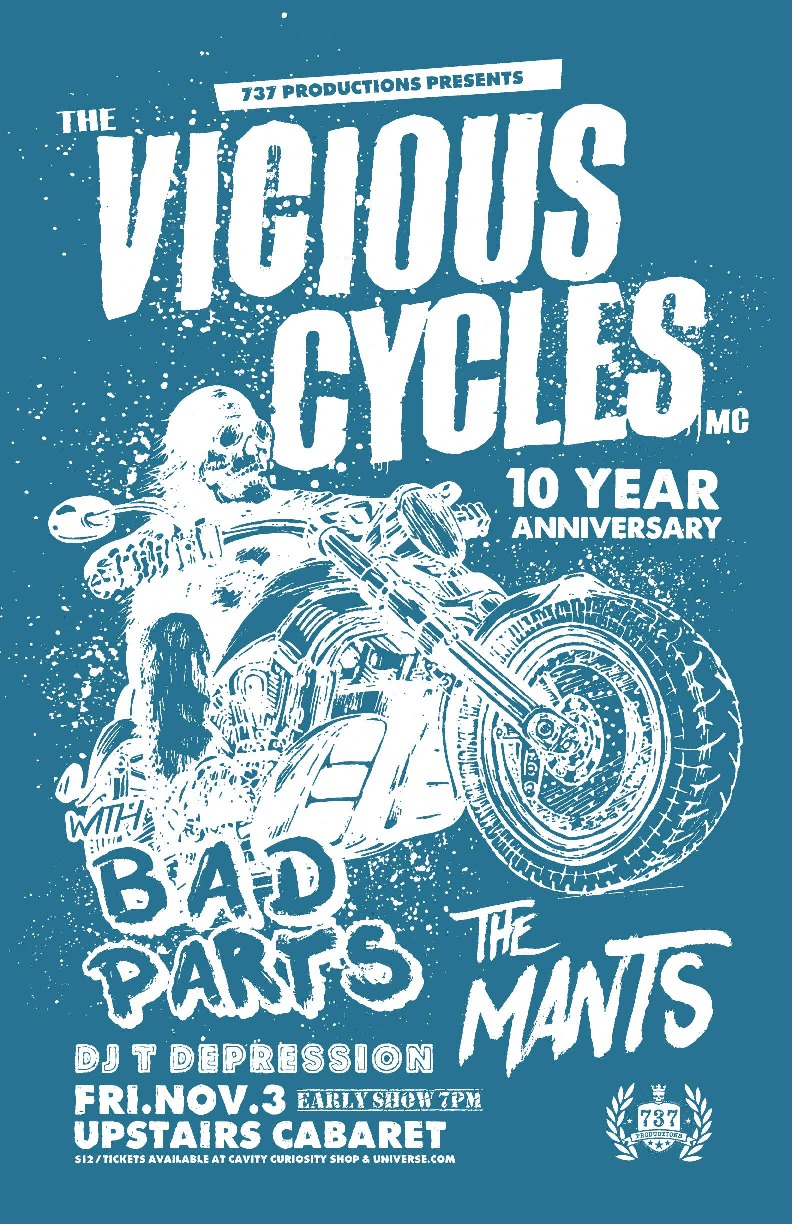