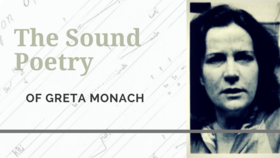 The Sound Poetry of Greta Monach is rarely heard. Even a google search of her work only finds a handful of examples of her work. Monach’s sound poetry is often made up of single spoken sounds, abstracting words to their pure elements. Some of the poems are written to be performed by a single voice, others up to a quartet of voices. When seen on paper, they resemble musical score more than written poetry.

Christopher Butterfield studied composition with Rudolf Komorous at the University of Victoria (B.Mus. 1975) and with Bulent Arel at the State University of New York at Stony Brook (M.A. 1977). He lived in Toronto between 1977 and 1992, where he was active as a performance artist, rock guitar player, and composer. In 1979/1980 he taught in the grad... more info
Videos: 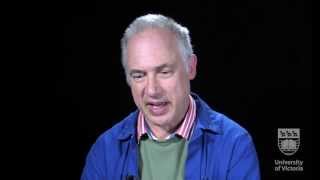