Ben Rogers is a classic storyteller with a voice like smoke-damaged velvet soake...

Ben Rogers and the Bloodred Yonder

GYPSY BLUES from Duncan BC
Available for Shows/Gigs

Ben Rogers is a classic storyteller with a voice like smoke-damaged velvet soaked in Tennessee whiskey and the wild charisma of a young Johnny Cash. “The man’s dark charisma is something you need to experience live to fully appreciate,” writes The Georgia Straight, who included him in their Best of Bands 2013 following the release his critically acclaimed debut Lost Stories: Volume I.

The Bloodred Yonder, Rogers sophomore album, produced by Juno nominated big brother Matt Rogers (The Harpoonist & The Axe Murderer), was set for release on August 14th, 2015. The Bloodred Yonder is what Rogers describes as “the transition from life to death, good to evil, paradise to perdition, and all the lost souls you meet along the way.” The album is a collection of songs that are raucous fun and brooding ballads about natural and manmade disasters, murder ballads and jilted lovers beginning in the Garden of Eden and ascending into distant netherworld.Rogers’ 4-piece backing band is a stellar lineup of some of western Canada’s finest with Matt Kelly (City and Color) on pedal steel and keys, Erik Nielsen (Rich Hope) on bass, John Sponarski (Portage and Main) on lead guitar, and Leon Power (Frazey Ford) on drums. They combine outlaw country influences ala Waylon Jennings with the cosmic quality of The Flying Burrito Brothers and the grit of Neil Young & Crazy Horse to form a distinct and captivating sound that Exclaim! Magazine proclaims will knock “the audience’s socks, clean off.” They have had the pleasure to share the stage with the likes of Dwight Yoakam, Daniel Romano, Pegi Young, The Harpoonist & The Axe Murderer, Frank Turner, Dustin Bentall, The Sojourners, Luke Doucet, and Tim Hus. Rogers has performed at various festivals throughout Canada including Burnaby Blues & Roots Fest, Kispiox Festival, In The House Festival, Canadian Music Week, Home Routes, Evolve Festival, 2014 Folk Alliance Conference in Kansas City and will be part of this year’s South Country Fair.


Stemming from the Badlands of the Rocky Mountain prairies, Blue Moon Marquee is a self-styled gypsy blues band. This authentic duo writes and performs original compositions influenced by early blues, swing, and ragtime. A.W. Cardinal, a Metis of Cree heritage, howls with a distinctive thick and smoky vocal while playing a jazz tinged blues guitar. Jasmine Colette, aka Badlands Jass, is the rhythm section who not only commands the upright bass but also keeps the swing with both feet while singing harmonies. Blue Moon Marquee's passionate performances and smouldering onstage chemistry is their trademark, and the way Colette's angelic tones lift A.W.'s beaten down "bukowski-esque" mystique is something that enthralls audiences from the back room bar to the public square. 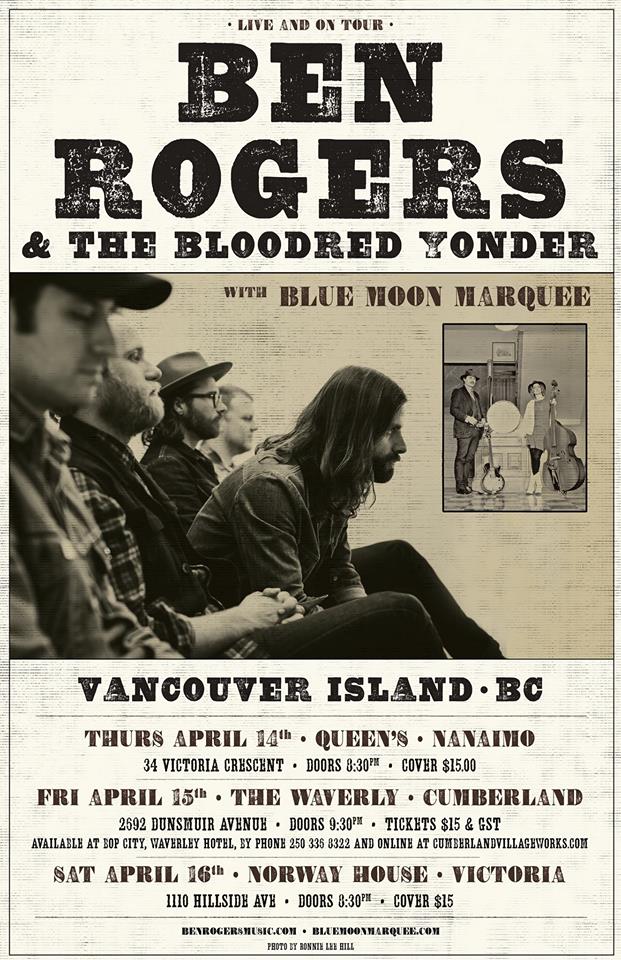