Latin Punk from Vancouver BC
Available for Shows/Gigs

MELLOMANIC plays a mix of rock, folk, reggae and funk with soulful, interweaving vocals and dynamic, original songs. A group of friends who've been playing music together for ten years, they have a collective passion for music and a collaborative approach to songwriting, resulting in carefully crafted songs that touch on the common themes of our lives. http://www.facebook.com/mellomanic 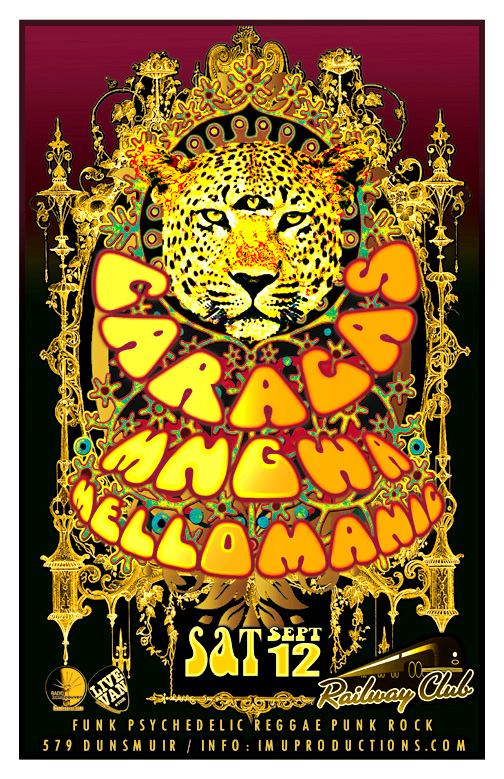