A bit of everything. Interactive Live shows! from Victoria BC
Available for Shows/Gigs

A bit of everything. Interactive Live shows! from Victoria BC
Available for Shows/Gigs

Engaging, riveting, sad and humorous; demanding the audience to participate both live and while listening to their albums; Slim Cessna's Auto Club has been branded with every musical description possible. This seems fitting, as SCAC describes their music as American (Is that not what America is and has been, a mixture of every one and thing resulting in something new?); and after two decades of working and living as SCAC, they have created their own genre.

The instruments are drums, upright bass, pedal steel, banjos, piano, guitar, vocals and stories. They have recorded critically acclaimed albums (Village Voice, Denver Post, San Francisco Chronicle) on Jello Biafra's Alternative Tentacles label. Spin Magazine and No Depression have described them as the best live band in America. The songs are each thoughtfully crafted with unique arrangements, executed by superb musicianship, then fully realized through original, insightful and intelligent lyrics. With two of the most charismatic frontmen around (Westword) and four accomplished musicians, SCAC is the past, present and future of American music.

Joining them are the one and only The Hank Pine and Lily Fawn Show. An ever changing, energetic and theatrical live show based upon the tragic and hilarious adventures of their comic book series. Their music / style covers many genres and, this summer, they are plunging headfirst into the world of electro-dance-pop!!! - with the release of their new album CRANK CITY, Robot! Attack!. A live performance that is not to be missed. 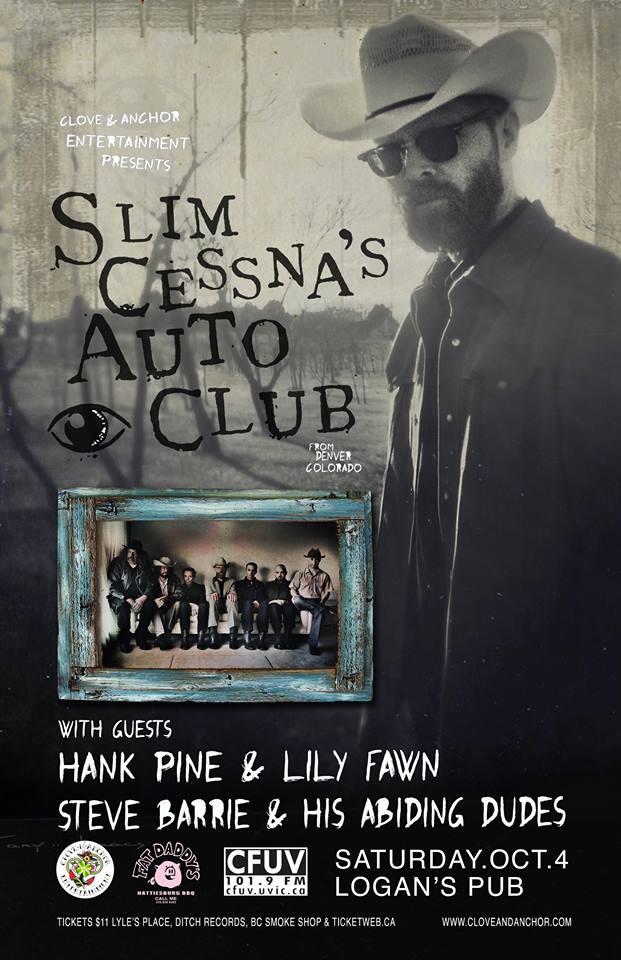