A night of drum & bass with Vancouver-based Dubconscious w/ local support from M...

Dubconscious
http://www.soundcloud.com/dubconscious
Dubconscious has come to represent both the east & the western coast of Canada. Born & raised in the Toronto area, he attended University in Victoria before spending 2 years in Nelson BC, snowboarding in the winters & working for the talent department at Shambhala Music Festival - a role that has developed into the title of Entertainment & Social Coordinator. He's also become a resident of the Living Room Beach Stage over the past 4 years, also performing on the Village Stage 3 of those years.
Having recently made the move to East Vancouver, this seasoned selector brings a plethora of fresh flavors to the table – heavy basslines mashed up with a roots reggae infusion, funky bashment vibes, bassy house, future jams, classic hip hop & trip hop, with a dash of turntablism.

Mt Doyle
https://soundcloud.com/mt-doyle
Mt. Doyle is a product of his environment… The outstanding electronic music scene of Vancouver Island. Originally a purveyor of fine Drum n Bass, Doyle has expanded his horizons to include Funk, House, Hip-Hop, Glitch, whatever gets the crowd movin. After 5 years of DJing Mt. Doyle has played numerous B.C. towns and festivals including The Tall Tree Festival 4 years running. In that time he’s shared the stage with international heavyweights Aphrodite, Parker, Slynk, Funkanomics, Netsky and Camo & Krooked, not to mention some of the west coast’s finest. With a mountainous lust for music and versatile style, Mt. Doyle will keep bodies moving any time any place with whatever the hell he wants. 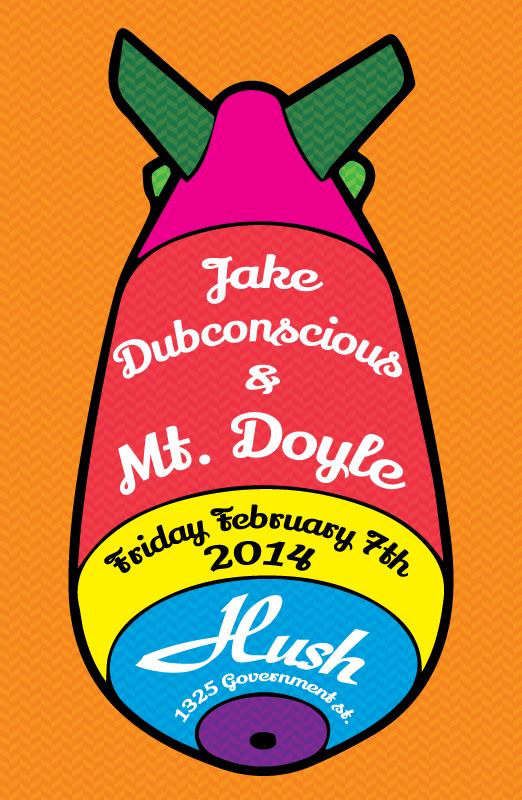