Established 2004 in Victoria, BC, Lifted Productions is a recording studio and production company for creative construction of hip hop music and other arts.
Lifted has been the center of work for all 7 of Dante Jordan's LP's, as well as emcee Karma' s full length album Vigilante in 2011. In 2017, BC FolkHop artist Jima Jam started operating with LIFTED, which led to 4 collaboration albums with Dante Jordan over the span of a year. Deep bass and underground producer Cold Space has also been adding his recent beats and vocals to the LIFTED roster. In 2018, veteran rapper Agrovashun of the Subjects came on board with LIFTED, releasing various singles and videos with Dante on the beats.
2020 brings the release of LIFTED2020, a compilation style album full of underground talent from across Canada. Completely produced & mixed by Dante, this album features artists from Moka Only to Kavawon, the Mighty Rhino to Oktiv6 and everyone in between. The fusion of westcoast synth and boombap samples really push LIFTED's music into its own sound space. Using sonics inspired by 90's hip hop with a new age touch, LIFTED has primarily used Samplers and Synths to create thousands of instrumentals over the years which can be purchased, or given to other artists for creative momentum.
Many other musicians have used Lifted as a home of inspiration from other local emcees, artists, bass and guitar players, to an array of vocalists and singer/songwriters. 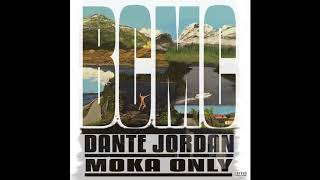 In this video: Dante Jordan + Moka Only + Lifted Productions + Dante Jordan
Posted: Feb. 2, 2020
Submit info on this Resource to our admins