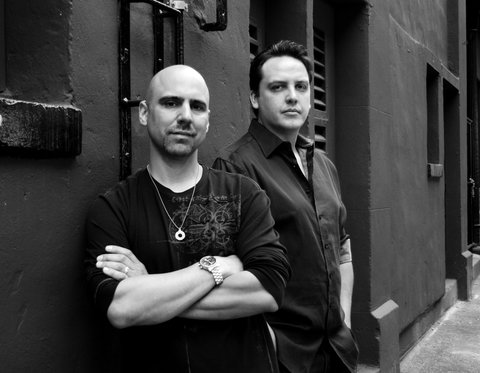 Robert C. Shaw
spectrelightband@gmail.com
Contact Info
Past Shows (5)
Spectrelight is a band of diversity and vision, blending North American Hard Rock with Classic U.K. Rock influences. Their sound is unique and classic, raw yet refined. Complimentary personalities and talents have created a strong chemistry that is best seen in their colorful songwriting and dynamic live performances.
Robert and Carl grew up together in Chemainus, B.C. and played in a high school band. After completing the Jazz Program at Vancouver Island University in Nanaimo, B.C. they relocated to new cities to further their careers. Robert moved to Toronto and joined established bands Rye (featuring ex-Moist member Jeff Pearce) and Mysterio (produced by Krisjan Leslie-Limblifter, Age of Electric). He contributed bass, vocals and songwriting for Rye’s Maple Music debut record ‘Wolves’ and played numerous shows with both bands. Robert returned to Vancouver and co-founded Cosmedic, a local act that released two EP’s and made it to the top 20 in CFOX’s 2008 Seeds Competition. Carl moved to Los Angeles to attend the prestigious Musicians Institute of Technology and studied guitar and songwriting with legends Billy Sheehan and Jennifer Batten (among others). He graduated from M.I.T. and played several showcases with Los Angeles based band Core before returning to Vancouver and joining local act Skwid, whom he performed live shows and contributed a majority of the songwriting. After Cosmedic and Skwid disbanded, Robert and Carl formed Spectrelight in April of 2012.
Over the past year Spectrelight has released their debut recording ‘Along the Way’ (5 song EP featuring acoustic influences) and a 3 song hard rock demo which was co-produced and recorded by Doug Fury (Juno nominated producer/songwriter). They are currently in the studio with Doug working on a full-length record and are planning a mid-2014 release.
Email: [email protected]

Status: Available for Shows/Gigs
Looking for live shows! - Last confirmed Nov. 18, 2015
Submit info on this band to our admins