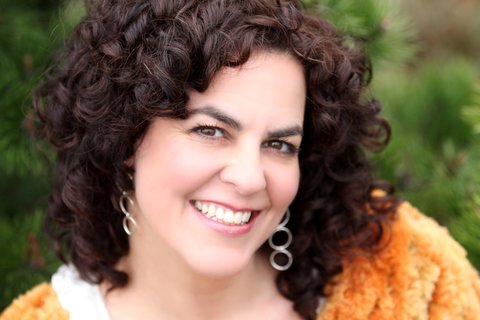 Deanna Knight, known to many simply as D, has a voice that has been described as “sultry,” “as smooth as fine whiskey,” and “unmistakable.” She has worked with George Koller (Holy Cole, Loreena McKennitt) Gary Craig (Anne Murray, Jann Arden) and Richard Bell (Janis Joplin, The Band), performed as a lead soloist in a 60-piece touring choir, co-founded a theatre company, run her own record label and singing telegram service, and was a founding member of psychedelic jam band The Fat Cats.

Deeply rooted in the Vancouver gypsy –jazz scene for over 18 yrs as the sultry and dynamic chanteuse of The Hot Club of Mars, Knight’s musical partnership with world renowned luthier and guitarist Michael Dunn, has landed her on many prestigious stages including Vancouver, Gibsons, Fort Langley and Pender Harbour International Jazz Festivals, Harmony Arts and In The House Festival, Vancouver Island Musicfest, Vancouver 2010 Olympics, Butchart Gardens and many more.

Her life-affirming, earth-loving release “Shadow of a Star” was co-produced alongside the highly talented George Koller and gathered some of Canada's finest acoustic musicians in an original journey of "cosmic folk".

Deanna has recently been drawn back to her “soul song” with a return to songwriting and performing her original compositions. These songs are very much at home on the Jazz Vesper stages with the most popular being St. Andrew's-Wesley in downtown Vancouver. With her love of melody and lyric she has the rare ability to dive deep into your heart and mind with an eclectic repertoire…not only leaving you with chills but also thoughts of forgiveness, love, hope and healing. The Deanna Knight Tree-O most often features Simon Kendall on piano and Finn Manniche on cello though you may catch Anna Lumiere and Karen Graves also stepping in from time to time.

In the fall of 2017, Deanna and her family purchased the already established and very popular Secret Beach BnB Suites. Deanna quickly became a SuperHost and dove deep into creating a wonderful acoustic garden stage and outdoor gathering space for the arts and community building. You can catch any number of professional and touring artists gracing this magical stage....Coco Love, Oliver Swain, Chris Ronald, Michael Friedman and many more to come.

Deanna has also added a 3rd project to her performance career coming full circle with a Grateful Dead Tribute based in Vancouver called GD/BC. The Grateful Dead BC band plays local stages and festival and Deanna is well at home in this fun band singing mostly harmony vocals. The band encourages lots of dancing and celebrates a vast repertoire with some of Vancouver finest jamband musicians. This is pure fun!