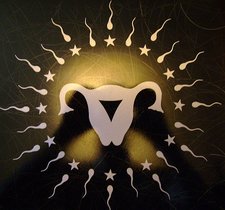 Michael
amortal_1@yahoo.com
Contact Info
Past Shows (9)
AMORTALS have been born, and currently reside in Victoria, B.C. They have shaken off the cocoon, and are now ready to ride the wave of the coming superhero evolution. Capes and tights are optional.

With determinedly optimistic lyrics climbing a wall of moody, sometimes aggressive sound, the band seeks to blaze an existential trail into this still unknown century; where quantum physics begins to resemble magical thinking, and the Universe appears to be looking at itself through each of our eyes.

Highlights to date include playing at the 2010 Rifflandia Festival, and having three of our songs featured in an upcoming feature film (Nighthawks)- one song is used as the soundtrack for the trailer.